The big question remains though, can the Caulfield Call Out continue the good from Guineas Day? Let’s take a look at the big races on Caulfield Cup day and hopefully find you a winner. 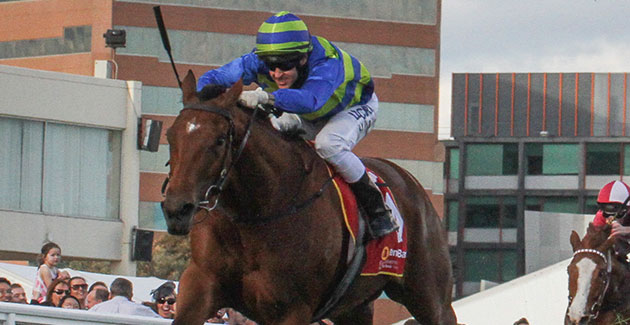 What a week it has been. We saw the Sydney raiders take out our two 3YO classics, the mighty mare Winx take out the Caulfield Stakes and He’s Our Rokki blew them away in the Toorak Hcp. This Saturday the curtain comes down on the 2016 Caulfield Cup Carnival with the showpiece event, the $3million BMW Caulfield Cup. The big question remains though, can the Caulfield Call Out continue the good from Guineas Day? Let’s take a look at the big races on Caulfield Cup day and hopefully find you a winner.

Fast Facts: Registered as the Norman Robinson and many use it as a Spring feature lead up race. It was first run on Wednesday in 1979 and is one of the richest 3YO races in the country.

Overview: NZer Highlad won his first two starts there well and stepped up in grade and distance in his first Aussie start. He tried to lead from pillar to post and just faded late, but you would have to think he could improve with a quieter run. Wine Bush won with authority over 1800m last start (Rocketeer 2nd/Highlad 3rd) and is primed for this distance range. Have absolutely loved the way Rocketeer has hit the line in his last few starts, including an eye catching run over 1800m last start. 2000m will be ideal. Inference was really strong to the line on a tight track last start, so is a likely improver over further ground on this bigger track. Positive Carry might show some improvement here, while Throssell was a little off last start, but showed some promise prior to that, so if he is fighting fit here again isn’t without a hope.

Overview: Tycoon Tara is having a sensational Spring. She led and put them away last start over this trip in a strong Group 2. Interesting to note that the 2nd horse in that race has won a race since. First Seal is a smart mare who will certainly be competitive here. She was pretty good ‘first up’ in NSW behind Tycoon Tara (5th) and is sure to be fitter over a trip she loves. Danish Twist comes back to her own sex after a good ‘first up’ run against the boys in NSW. Another runner that is sure to be a big player. Telopea’s form doesn’t jump out off the page, but she has been running in some really strong races and is sure to be far more competitive in this field. French Emotion has been fairly good this Spring and never seems to run poorly, while Jessy Belle is up to these on her day.

Looking For Value? Denmagic comes down from Sydney and is out of some pretty hot Group races up there. She could bob up at odds in this field.

Fast Facts: It was first run on Saturday April 5, 1879 and moved to Spring in 1881. Interestingly, a lot of people associate Bart Cummings as the ‘cups king’ referring to another great cup. But Bart actually also won an incredible seven Caulfield Cups.

Overview: Let’s start with the Australian contingent. It’s pretty hard not to see why Jameka is favourite. Her win her two starts ago here in the Naturalism was outstanding and then she backed up with a strong 2nd behind superstar Hartnell. She has won over this trip before, gets right down in the weights and she will be primed for this. Real Love is having his fourth start this campaign and is another runner that in form.. He won well over 2000m last start (a bit left in the tank!) and has a great 2400m record over this distance.

NSW runner, Tally, comes out of that Jameka/Hartnell race. He found himself unusually leading in that and he peaked late. He gets a wide barrier here which makes it interesting but he could improve. Jameka’s stable mate Set Square knows how to win Group 1s over this distance so has the runs on the board. She showed real promise early on in the Spring but has been a bit flat in her last couple. Can she bounce back?

Now for the overseas runners. Scottish has been in great form in England and comes out of some strong Group level staying races. He beat 2015 Caulfield Cup runner up Trip To Paris in July over 2000m, which gives you a good indication of how talented he is. He is certainly a big player. German trainer Andreas Wholer has tasted big success in Australia already (Protectionist) and brings over the smart Articus for our big one.  The lightly raced 5YO has been running well at Group level in Germany, including only finishing 2L off the winner in a Group 1 last start. He is a little bit of the unknown ‘first up,’ but has to be respected.

Exospheric, now with Aussie trainer Lee Freedman, has been highly competitive in a number of English Group races. He wasn’t far off some of the quality stayers over there, including only 2L off Highland Reel last start, who was 3rd behind Winx in last year’s Cox Plate. You should never overlook star British trainer Aiden O’Brien’s runners and he brings over Sir Isaac Newton for this. His form hasn’t been great, but how can you overlook an O’Brien runner? Vengeur Masque has had a few starts in Australia now but let’s put into the overseas runners bucket. The lightly raced 5YO showed some real staying talent in Ireland, including a fairly good run over 2900m in the Group 1 Irish St Ledger. Since coming here, he has been good, including a strong over 2500m last start behind a strong field. Not the worst here. Rounding out the overseas runner is NZer Fanatic. She won the Group 1 NZ Oaks over 2400m and, third up here, gets a chance back at a distance that clearly is to her liking.

Of the rest of the Aussies, Preferment and Our Ivanhowe will love this distance now, Pemberley comes in with a ridiculously light weight, Sacred Master hit the line well behind Sir John Harkwood last start so will have no issue getting the trip and Tarzino is another runner with a Group 1 win over this distance in his bag of tricks. Throw in Big Memory, Go Dreaming, De Little Engine and Almoonqith and you have a cracking 2016 Caulfield Cup line up!

Looking for Value? Sir John Harkwood comes into this after winning a Group 1 over 2400m. How can you knock that? He might have slipped under the radar here and has some attractive odds.

Overview: First off is last start Caulfield winner Hellbent He does jump up in grade here but was dominant when winning his last 2 and has loads of talent.  Wild Rain is one of the few mares here, but is right in this after her strong Group 1 3rd last start in a hot race. Crowd favourite and sprinting superstar, Lankan Rupee, returns to the track here after a long injury lay off. Let’s hope he bounces back. Our Boy Malachi amazingly has only ever missed the top three in four of his 25 starts and certainly isn’t without a hope.  Redzel lead and won well here two starts ago before finding the pace a little hot up at Group 1 level last start. Back a little in grade at a track he loves has him right in this. Of some of the others, Take Pride is talented on her day, while Faatinah is the likely leader who will take some catching.