As Melbourne heads into the twilight of Summer, the racing is what really heats up at Caulfield this Saturday, with the running of the first Group 1 in Victoria for the year, the CF Orr Stakes. 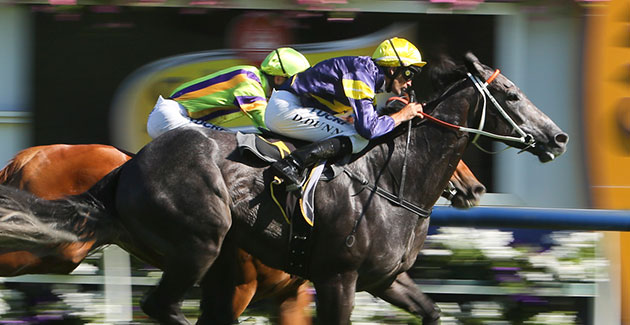 If you check out the honour role for this race, you will see how strong it is. It includes Black Caviar (her only win over 1200m), Redoute’s Choice, Vo Rogue, Let’s Elope, Saintly and Lohnro to name a few. Outside of the Group 1 glory, just about every race on the card is Group level, making it one of the great race days in Australia. By the way, check out Race 6 (3.10pm) in Sydney if you get a chance. How can you not watch Winx? Anyway, let’s find you a winner!

Overview: Good race for the stayers to kick off. We see a few returning to the track, including Signoff, Second Bullet and De Little Engine, all Group level performed horses of the Spring. Nozomi and Hipparchus come into this on the back of strong wins, with the latter beating a field that included a few of these. O’Lonera is second up after a solid run over 1500m and will appreciate the extra trip. Refulgent rarely seems to run a bad race and was good to the line here over 1700m on Aus. Day (3rd), in a race that also included Our Bottino, who tried to lead and run away from them, just peaking late. Up to 1800m?

Overview: Sydneysider, Attention, is sure to have a lot based on his 2YO career (Group 2 winner). He comes into this after an average first up run against the older horses in Sydney. Second up and 1400m suits. Peacock found himself in a deep Group 1 first up and didn’t disgrace himself behind some smart older horses. He won a strong Group race here over this trip in Spring so is a big hope. Oak Door is deep into his Summer campaign and in great form. Has he got one left in him? If he does, look for him trying to hold them off up front.  Snitzon hit the line strongly last start over this trip, albeit in a weaker grade, but is a horse on the up and is a key player. Caulfield local, Ruthven, returns to the track after a stellar Spring that included Group 2 2nd.

Looking for Value? Knowable does jump right up in grade, but beat a smart field last start over this distance.

Overview: The girl’s Prelude is a cracker! Hard not to love Catchy. The form out of her two winning races has been outstanding, with horses she has beaten in her first two starts winning since. She looks like a star! Tulip has also been impressive. She won well on debut and just missed late here in the Diamond preview over 1000m. 1100 will be perfect for her. Limestone smashed Black Caviar’s daughter on debut and then backed it up with a strong win in the Diamond preview here. Can she go on again here? Roomooz and Blondie jump sharply in grade but did win their Maidens strongly, while the promising Jorda is first up after her strong debut win in Sydney in the Spring. Artic Angel had a great Spring campaign and won a trial leading into this, so is certainly not without a hope.

Looking for Value? Zarpoya debuted in a strong race in the Spring (Listed grade 3rd) and then really hit the line well first up over 1000m. She looks promising and comes in at a nice price here.

Overview: Lots of chances here. Pariah deserves being in the market here after his impressive debut win in Sydney over a strong field. He looks promising. Cao Cao stepped out as an early 2YO in the Spring and impressed in his two runs, including a strong 3L win 2nd up. The impeccably bred colt has been training strongly and is in this. Property comes into this on the back of an ultra-impressive Diamond preview win here two weeks ago. He ranged up and won easily after his debut 2nd placing behind the promising filly Catchy. Also out of that preview was Indernile, who absolutely flew late to just miss. Up to 1100m looks ideal. Marsupial is another impressive Sydneysider that dominated in his maiden win and Overshare is sure to be an improver after his debut run in the Preview, where he was forward and just peaked late. Azazel was strong late in the Preview and is another likely improver. He ran well in some early Spring 2YO races in the Spring. Wait For No One will set a cracking pace and may take some chasing.

Looking for Value? Going to go wide here with Will’s Bid. This is a huge jump in grade, but you must respect this stable and they have placed him on ice since his dominant debut win in December. Could be a blowout!

Overview: Jennifer Lynn is proven in stronger grade, narrowly missing in a 1600m Group 2 in Spring. Her first up run was sound and 1200m, second up will suit. Hard not to love the Summer form of Fuhryk. She strung together three impressive lower grade wins, before getting a bit lost on the straight course. Deserves a shot at Group level. Selenia seems to always be thereabouts in this grade, so is a chance. Navagio won impressively first up against a field that included a few of these so has to be admired, as does Princess Of Queens, who jumps sharply in grade but was super impressive winning here last start. Zunbaqa was only 1L off in a hot 1400m Listed race in the Spring so is up to these on her day. The lightly raced, Oregon’s Day won a Listed race here last Autumn so is up to this grade.

Looking for value? Facts jumps from Maiden class to a Group 3 here, but it is hard not to be impressed by her maiden win where she won with ease over 1000m.

Fast Facts: First run in 1989, elevated to Group 2 in 2014 and recent winners include Chautauqua and Lankan Rupee

Overview: The Group 1 star, Chautauqua, is back. He appeared flat during his 2-start Spring campaign, but you can hold a champion down and he is sure to bounce back here. He won this race almost two years to the day and many will be hoping he scores again here. Hellbent jumped out a short priced favourite 1st up and found the 1000m a little sharp. Second up and 1200m should see him at his best and he must the big danger to the grey flash. El Divino really caught the eye first up over 1000m (actually beat Hellbent) and should thrive over this trip second up. Wild Rain is also first up here and was on the heels of Sheidel last start. She is ok first up but is up to this field on her day. I Am A Star finished off her Spring preparation with a Group 1 win. She has a good record over this trip and first up and is a sneaky chance. Fast ‘N’ Rocking does like this track so might be a sneaky chance first up.

Looking for Value? Super Cash was sound in three hot Group races in the Spring and has never missed the top three first up. She looks like great value!

Overview: Malaguerra has come back from his spell in stunning fashion, smashing a strong Group 1 field last start and looks hard to beat. Black Heart Bart had to spend most of the Spring checking out Winx’s behind, but he looked to have come back in top condition with a strong 2nd last start over 1200m behind Malaguerra. He has only missed the top two once in 11 starts over 1400m so can’t be dismissed! Lucky Hussler is a Group 1 performed horse that comes back onto a track and distance he loves so is in the hunt. Divine Prophet won the Caulfield Guineas with a super finish in his last start and will be looking to pick up where he left off. Ecuador brings some sound Summer form down from Sydney and loves this distance, while He’s Our Rokki knows how to win a Group 1 here and seems to race strongly first up so must be considered. Turn Me Loose hasn’t quite hit his straps is Australia, but his 2nd up record can’t be ignored. Awesome Rock may be looking for further and if the real Palentino turns up, look out!

Looking for Value? Whilst you may think she is looking for further after her stunning 2016 Caulfield Cup win, Jameka may surprise here. Her record over this distance is good and she often runs well fresh.

Overview: Great Group 3 race. Tally gets a great chance back in grade here first up. He was good up against some stars in the Spring, including a 3rd behind Hartnell/Jameka in October. May find this a little short, but is classy on his day. Real Love is certainly one of the class runners in this field. She wasn’t far off in the Caulfield Cup in the Spring and comes into this after a strong first up run over 1400m here behind Grande Rosso (1L 5th). Burning Front is the horse you would just love to own. He always tries his heart out and rarely runs poorly. Loves this track/distance and is right in this. Grande Rosso has been the surprise packet of the Summer stringing some super wins together, including here last start over 1400m. Seems to love this track! Ex-NZ horse Humidor seems to be taking his time to find his straps here, but 3rd up and under the guidance of Weir, puts the Group 1 2nd place getter amongst the chances. Tonopah was good late behind Grande Rosso last start, just missing late. Up to 1600m will suit him.

Looking For Value? Divine Mr. Artie rises in grade here, but has been running well all Summer and is another runner that was strong late last start over 1400m so is in this.

Overview: Silent Sedition finds herself the best rated horse here and rightly so. She never missed the top three in this grade across the Spring. She also has a super first up record and looks well placed here. Ameristralia comes up in grade for this, but has been super this Summer, winning her last run in dominant fashion. Abbey Marie may be looking for longer, but it’s hard to ignore an undefeated runner, especially a Group 1 winner. Thames Court seems to always be there abouts in this grade and is super first up, while fellow first up runner, Alaskan Rose wasn’t far off in this grade throughout the Spring. Prussian Vixen jumps in grade, but is having a hot summer and is sure to be the one to chase down. Rocket Commander may be looking for further, but was strong in this grade throughout Spring (including two 2nds) so might bob up at odds.

Looking For Value? Little Indian finds herself back at Caulfield after a long absence. She has had a great Summer in lower grades and boasts an explosive finish. Late in the day, that might suit!