Spring is upon us and the first of the big Spring classics, the Caulfield Guineas, is here. 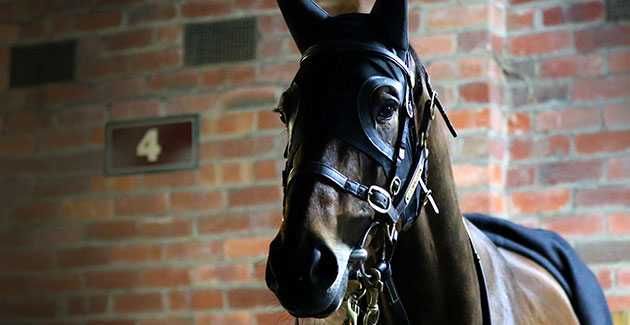 The footy scarves and big Winter coats have been put away. Spring is upon us and the first of the big Spring classics, the Caulfield Guineas, is here. Saturday kicks off the start of a mouth watering Caulfield Cup Carnival week where we get to see Group 1 racing at its best. Best of all, this Saturday we get to see arguably Australia’s best horse in the flesh, Winx, hoon around Caulfield. Let’s take a look at the big races and hopefully find you a winner.

Overview: Assign stuck on pretty well behind a star last start here over 2400m and didn’t seem to tire. He will probably take a lot of benefit out of that run and improve here. Group 1 winner, Howard Be Thy Name is shaping up to be a really impressive staying type while. Big Memory won this race in 2014, so knows how it is done. Pemberley jumps right up in grade but is in great form and Prince Of Penzance is on another Melbourne Cup campaign and has to be considered over this staying trip.

Looking for Value? Master Zephyr was really strong to the line last start over 2050m and has won over this trip before. He could sneak into the placings based on his best form.

Fast Facts: First run in 1886 and always a Group 1. Winner’s list includes many stars such as Naturalism, Northerly, Rough Habit, Might and Power, So You Think and Fawkner.

Overview: We get to sit back and watch super star, Winx, in action here. She is looking to make it 12 straight wins here by winning her ninth Group 1. The star has just toyed with her rivals over the last year or so and will do so again here. Black Heart Bart loves Caulfield winning his three starts here, the last two being Group 1. He is a really good horse and who knows, may cause the boil over. He Or She is off the back of a really strong Group 1 2nd over 1800m here last start in that Bart race.

Overview: Foxplay comes into this after two stunning Group 2 wins, deserves to be favourite and looks hard to beat. Harlow Gold shoots right up in grade, but did win strongly here last start over 1600m, so deserves here chance. Global Glamour led the whole way to win a key form race last start, the Flight Stakes. No doubt Gai Waterhouse will be cheering her home. WA runner, Whispering Brook remained undefeated until she came to Victoria where she is yet to taste success. The front-runner could be an improver and will be the one they have to chase. Hard not to like Missrock’s Group 2 run here last start, she really hit the line strongly late and looks well suited to 1600m. La Luna Rossa was another runner out of that Missrock race and was also eye catching late and is right in this. Legless Veuve was the winner of that Group 2 and is sure to have many an omen bet placed on her. 1600m might be the query but her form is hard to knock.

Looking for Value? Leotie nearly took out a strong Group 3 here in August, flying late. She has since gone back in grade to win her last two starts convincingly and gets another go at the top level.

Overview: NSW runner, Impending, shapes up as the one to beat. He beat a strong field which included a few of these in a 1500m Group 2 last start and looks well suited in this field over 1600m. Divine Prophet was 2nd behind him last start, just missing late. He boasts a Group 1 placing over 1600m in Autumn and looms as a big danger. Sacred Elixir probably caught a few people by surprise here first up, winning the Prelude strongly. He has won at Group 1 level over 1600m before so knows how it’s done and is right in this. Good Standing was 3rd in that Impending race and has been racing like he wants further, so he gets that now. Evacuation wasn’t flash behind Sacred Elixir here last start, but is talented so deserves another chance, while Hey Doc has strung three nice wins in a row and continues to impress as he jumps in grade. Saracino and Seaburge are amongst the chances too.

Overview: Caulfield local Bon Amrum has been somewhat of a sensation this Spring and won the Group 1 Sir Rupert Clarke here last start, so is right in this. He’s Our Rokki comes into this after two strong wins here. He does jump in grade but is in super form. Ex-Japanese runner Tosen Stardom was eye catching late in his first Aussie run (4th) and is sure to be an improver. Multiple Group winner Counterattack is also out of the Rupert Clarke and is up to this field on his day, while Sydneysider, and grey, Moral Victory looked superb winning a Group 2 (1500m) last start.  Royal Rapture is remarkably looking to make it six wins in a row here and comes into this after a good win here. Awesome Rock won smartly two starts ago but peaked late on his last run here over 1800m, so might be better suited at 1600m. Miss Rose De Lago returns to the track she loves (won 4 of last 5 here) and has to be considered.

Looking for Value? The ultra consistent Thames Court is out of the strong Rupert Clarke where she only finished 1.3L behind Bon Amrum so certainly isn’t without a hope.

Fast Facts: First run in 1970 as the Chirnside Stakes and the name changed in 2000 to honour champion sprinter. Black Caviar won in 2010/11.

Overview: Star Turn is having a great Spring so far and really looks the stand out here. The 3YO won a strong Group 3 1st up before just missing behind a star in this grade. Canberra raider, Fell Swoop is ‘1st up’ here after  a pretty solid Autumn which included a close 2nd to quality sprinter Chautauqua. He races well fresh so is a big chance. Really loved the way Hucklebuck hit the line here 1st up with his big weight. He gets some weight relief here and has a fabulous ‘2nd up’ record. Malaguerra was somewhat of a sensation last Spring and backed it up with a solid Autumn this year. Under the guidance of a new trainer he will certainly be in the mix. Flamberge has never missed the top three ‘1st up’ and Turn Me Loose did win a Group 1 here in Autumn so has talent. Dothraki isn’t with out a chance and Japonsime is a Group performed runner that has been out of form somewhat but cant be dismissed that easily.

Looking for value? Ocean Embers absolutely love Caulfield and has won her last two starts here, including a Group 3, over similar distance range. She has had a little ‘freshen up’ and certainly looks like great value.