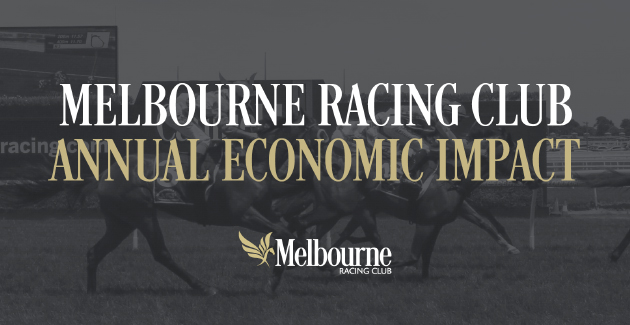 The Melbourne Racing Club (MRC), the organisation responsible for the Caulfield Cup Carnival, The Peninsula Picnic, Gourmet Cinema and almost 500 other annual events was responsible for a $463.9 million injection into the Victorian economy for the 2017 financial year, a new study has found.

In addition to the MRC’s economic contribution, the Club created an additional 1,952 full, part time and casual jobs, welcomed 2 million patrons and raised a total of $1.1 million through the Club’s charitable arm, the MRC Foundation.

The Economic Impact Study was commissioned by the Club and undertaken by Ernst & Young to investigate the level of economic value generated through its events, hospitality portfolio, activities and functions. The Club manages Caulfield, Mornington and Ladbrokes Park Racecourses, as well as eleven other hospitality and gaming venues in Victoria. The economic impact is identified as the total value of goods and services produced through activity by the Club.

The major contributor to the value driven by the Club came from gaming and ancillary revenue made through the Club’s then 13 venues managed under the Pegasus Leisure Group ($141.8 million).

Ongoing benefits associated with horse racing at the Club’s three tracks has seen an increase in prizemoney from trainers located at the Club’s training sites along with increased nominations further contributing to the economic value.

Significantly, almost half ($218.8 million) of the total contribution made by the Club to the economy was derived from non-racing activity; gaming and function and venue hire, highlighting the Club’s diversification into more events, hospitality and other interests.

Despite this, the Club’s racing events, including the Caulfield Cup Carnival and the 70+ other races conducted at the Club’s three racecourses, continue to be major drawcards for visitation for the Club, attracting 223,800 patrons across the year.

When compared to the figures presented in the previous study undertaken in 2014, the Club has contributed a further $62 million to the state’s economy in 2017. This has been attributable to:

“We are very conscious of the role the Melbourne Racing Club plays in the community,” Mr Blanksby says.

“We have put significant effort into diversifying the Club’s activities to ensure we continue to employ, engage and entertain the 2 million plus people who walk through our gates and doors each year.”

“While the Caulfield Cup Carnival and our spring race days are the jewels in our annual calendar, the Club has over recent years placed particular focus on our non-raceday activities, including our owned events and functions, which is evidenced by the $77.1 million in revenue attributed to our non-raceday venue hire business.

“We are also very aware of our responsibility to local communities, over and above our own operations, and this is why we will be looking to increase the $1.1 million in funds raised by the MRC Foundation this year and ongoing.”

The Economic Contribution of the Melbourne Racing Club report can be viewed in full here.