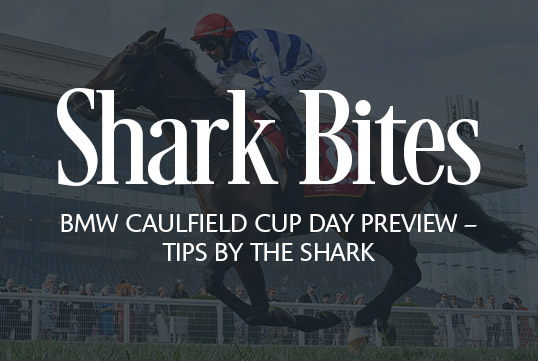 BMW Caulfield Cup Day marks one of the great days on my social and sporting calendar.

It marks “The Annual”, a get together of a group of like-minded individuals that I grew up with in the south-eastern suburbs of Melbourne. We spent our formative years knocking around local cricket and footy clubs, now we indulge in the Three P’s (pies, pots, and the punt) in the Medallion Bar at Caulfield on Cup.

There’s got to be something to that – growing up in sports clubs very much entrenched in suburban community culture, then ending up years later feeling as comfortable as a foot in a worn in footy boot at another club far removed from the mud and liniment of our youth.

The day the MRC introduces pre-race rub downs for members will be the day that these two unlikely worlds truly collide.

But the culture is right and that’s what brings this particular group of blokes back to the track year after year.

Released from the responsibilities of fatherhood for the day by our much better halves, you can have your last $20 on this multi; someone will peak far too early, someone will be on the snip by race three, someone will dodge a shout (probably me), and someone will get out of trouble on the last at Belmont.

And God bless (please) my mare OCEAN EMBERS in Race 7, the G2 Caulfield Sprint. The poor thing had a sniffle last week and missed a run in the Northwood Plume Stakes but is fighting fit for a return this week. She loves Caulfield as much as The Annual crew do, and if she happens to win on Saturday, I know a corner of the Medallion Bar will go absolutely off its head.

I’ve been tossing and turning about the likely Cup result and have arrived at the following conclusion – HARLEM is the forgotten horse in the race. His two Caulfield runs have been excellent, he carries a feather weight from the inside gate and gets blinkers for the first time; he’s worth an each-way bet.

Of the rest, SAMOVARE will get some of mine in Race 5 and if she’s beaten then the shout-dodge could be on early.